I was a feisty little girl.  With a mixture of pride and amusement, my father still tells me how fierce and fearless I was when I drove bumper cars at the fair. I spoke up easily about injustice when I saw it. I got angry when I felt like it. And at the age of eight I was the obvious choice to represent the preparatory school and speak at the high school assembly.

But it’s been difficult to unleash these memories. In fact if I didn’t have my parents’ account of my youth or photographic evidence of little me flashing my eyes at the world, I probably wouldn’t believe it. Because it’s not long before popularity and fitting in become far more important than speaking up and accessing our power. Very soon we learn that holding a contrary opinion is a sure way to be excluded and labelled as odd. Very soon feistiness becomes a distant memory buried in the pages of a dusty album.

It turns out that this kind of confidence is not unusual for girls in their early years. In her 1993 book, Fire with Fire, Naomi Wolf talks about how our five year old selves are naturally feisty: we dance in public, we wear what we like, we speak up when boundaries are crossed and when we disagree. 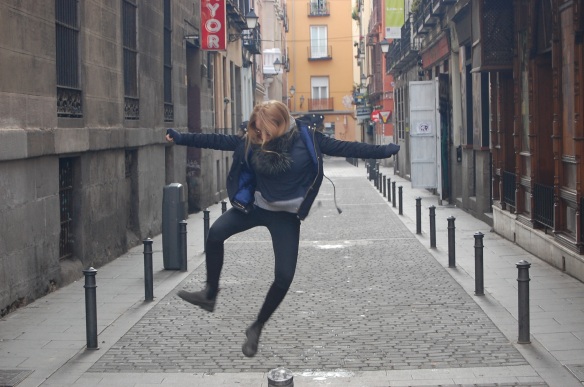 I still believe that women’s leadership brings something new and necessary to the world. We care more about people and peace and sharing prosperity. It’s right and overdue that these conversations are becoming more prominent and less alternative. But there’s a missing piece in the conversation. In fact it’s so conspicuous in its absence that it almost feels deliberate. And that is the conversation about power: how to excavate it from beneath the layers of social constraints and when to use it; how to understand the rules of power that are still affecting our lives and dictating how we live.

There’s a reason that we’re working too hard and not getting the recognition we deserve. There’s a reason someone else gets the position or the promotion. It’s because we’re not taught about power and don’t know where or how to decode the rules. In our anxiety to be liked and patted on the head we didn’t notice where they hid the manual.

Power and influence are where I’ve been focusing my attention in the last few months as I’ve been putting the finishing touches on the WeLead Women’s Leadership Program (the pilot launches in May). I’ve never been clearer that there cannot be leadership without power and influence. The women in my network are tired of being distracted into thinking that we need to spend even more time on personal branding and self-awareness. While we’ve been watching Brene Brown, it seems that the other half of the world is still studying Machiavelli. If we really want to change the world, we need to stop pretending that this isn’t so. It’s time we learned how to understand the rules so that we can really change the game.

But far more important is that you commit yourself to getting back in touch with that feisty girl you once knew.